Last time we talked about unconscious bias, they threw paper wads at us 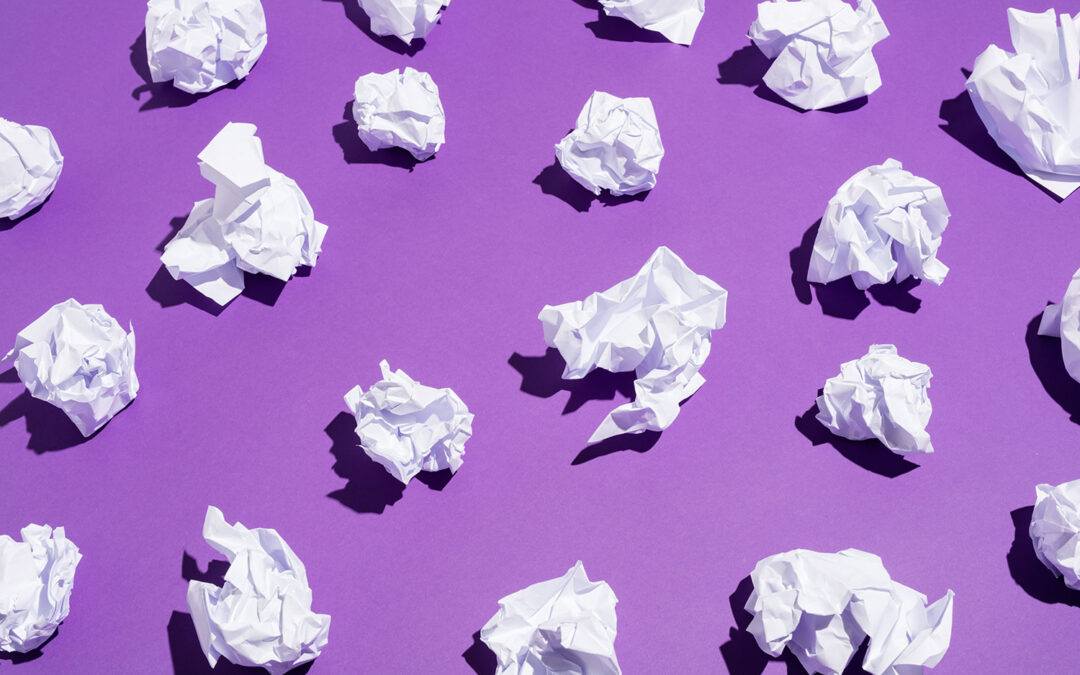 We asked for it.

This was the closing exercise in our new Unconscious Bias workshop that serves as feedback about what was learned. Most recently we did this for an automotive supplier in a group of hourly and salaried employees. We wanted to know how well we as facilitators connected with the group. And objectively, it was the most rewarding part of the day, as so much was revealed.

We call it the Snowball Fight. Participants write one biased behavior they personally commit to resolving after the session. “I’ll stop assuming minorities have had my experience” or “I will be more open to discussing differences with coworkers.” Then they wad the paper and toss it to the front of the room.

Then, each participant is asked to select a random “snowball” to unwrap and read aloud.

It’s a powerful moment after working on sensitive issues. Part confessional. Part affirmation. It’s anonymous so you hear a lot of truth. Each representing an individual commitment and contribution to making the company more aware of its biases.

Unconscious bias awareness is just the beginning, but you’ll need it for an effective D&I program

Our Unconscious Bias workshop is all about awareness. And its intended to be just the first step. This is important because we know that changing behavior won’t happen with a single workshop. Your organization is going to need to make this and more advanced diversity and inclusion programs an ongoing commitment.

Why is understanding unconscious bias important?

We’re all unconsciously bias in some way. And the biases we’ve carried since childhood can hinder workplace productivity and become obstacles to diversity and inclusion efforts. As with so many challenges in a modern workplace, bias can be helped with honest conversations.

Being aware of bias is a goal, because when you “own” your biases, you can begin working to modify your behavior to act with greater inclusion and equity.

We never get rid of the bias, but having the awareness of our biases allows us to challenge our own assumptions and beliefs which, in turn, helps us to stop and think before we act. And you get used to people not behaving the way your biases suggest they would.

Stage 1 of diversity and inclusion

We’ve all heard about corporations exerting their influence on public policy that runs askew with diversity and social responsibility.

Personally, from a moral perspective, I’m glad to see it, but the corporate rationale is probably more self-serving than altruistic for two reasons. One, stocks can lose value based on social media-enabled public opinion and, two, in the highly competitive market for talent no organization can afford to alienate prospects.

Maybe you thought it was just Millennials, but right behind them is Generation Z. Not only is this cohort nearly 50% minority, Gen Z is more socially conscious than Millennials. While it’s also true that Zoomers are a little less likely to avoid or leave a company that doesn’t value diversity, the overwhelming trend is clear: embrace diversity and inclusion or lose out.*

From a training and development perspective, there are two intertwined approaches to better diversity and inclusion.

One is to “bake” diversity and inclusion into every learning experience you offer. D&I needs to be part and parcel with all learning engagements, training and coaching.

We do this by eliminating bias in course materials. We don’t assume that everyone will resonate with the same class examples. We build curriculum for diversity – diversity includes wealth, age, gender, nationality, ethnicity, differently abled and management/labor. The goal is to ensure that all learning will be received equally. If it’s oblivious to non-white realities and culture, half of your audience may tune it out.

The other is to provide specific diversity and inclusion development programs.

Jamesson Solutions offers a proven and very effective Women in Leadership program, as well as Leading Across Generations to help bridge age gaps.

The Unconscious Bias workshop is our newest in this category. Companies are seeking this out, both as a matter of EEOC compliance and as a strategic step in productivity. When diverse groups work together they’re often more effective than homogenous groups. And as mentioned earlier, to appeal to new talent that has come of age expecting diversity.

Feedback forms are encouraging, but to watch the body language, you get the impression it starts with some discomfort…in a good way. People are loathe to admit their biases and hearing biases of others, can feel like judgment. The seat squirming and nervous face scratching say it all.

But by the end of the session, the Snowball Fight reveals progress. As a volley of snowballs is picked up and read aloud, the acknowledgement of unconscious bias and the commitment to address makes it more of a cohesive group commitment.

Remember, this is the basis for a longer-term effort. One workshop may not result in meaningful change. But it will frame the challenges of diversity and inclusion in all subsequent trainings.

Jamesson Solutions can tailor a program for your company, here.

* These statistics are covered in a very enlightening recent report by InsideOut Coaching titled, “The Ultimate Guide to Generation Z in the Workplace.” You can download a copy here.